What Is Contributed Capital? 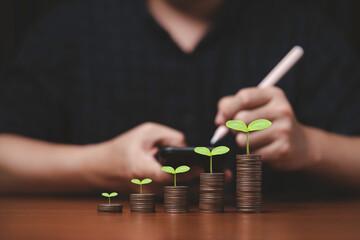 What Is Contributed Capital?

The cash and other assets that shareholders have provided a corporation ‌for stock are referred to as contributed capital, also known as paid-in capital. When a corporation offers equity shares at a price that shareholders will pay, investors make capital contributions. Their position or ownership in the company is represented by the total amount of contributed capital or paid-in capital.

Contributed capital can also refer to the stockholders’ equity item on a company’s balance sheet, which is commonly displayed alongside the balance sheet entry for additional paid-in capital.

The total value of the stock that shareholders have purchased directly from the issuing business is referred to as contributed capital. It covers funds raised through initial public offerings (IPOs), direct listings, direct public offerings, and secondary offerings, such as preferred stock issues. Receiving fixed assets in return for stock and reducing liabilities in exchange for shares are also included.

Preferred shares have more than marginal par prices, but most common shares today have par values of just a few pennies. As a result, “additional paid-in capital” tends to be reflective of total paid-in capital and is occasionally shown on the balance sheet by itself.

It’s important to note that capital contributions, which are cash injections into a business, can take many other forms other than the selling of stock shares. An owner might, for example, take out a loan and use the proceeds to make a capital contribution to the business. Non-cash assets such as buildings and equipment, can also be used to make capital contributions to businesses. These scenarios include a variety of capital inputs that improve the equity of the owners. However, the term “contributed capital” is usually used to refer to the money obtained from the sale of stock rather than other types of capital contributions.

Contributed capital is recorded in the shareholder’s equity portion of the balance sheet and is often divided into two accounts: common stock and additional paid-in capital. In other words, contributed capital includes the stock’s par value—or nominal value—found in the common stock account, as well as the amount of money paid for shares over and above the par value—the share premium—found in the additional paid-in capital account.

A firm, for example, may issue 5,000 shares with a par value of $1 to investors. The investors pay $10 per share, resulting in a $50,000 equity capital rising. As a result, the corporation accounts for $5,000 in common stock and $45,000 in paid-in capital in excess of par. The total amount stockholders were willing to pay for their shares are equal to the sum of these two accounts. To put it another way, the provided capital is $50,000.

We’ve streamlined a procedure that was previously complex, time-consuming, and costly. We locate and gain the greatest properties using our industry expertise and AI technology, resulting in top-performing rental properties and fantastic investment prospects for you to develop your wealth. Take a look at our properties.